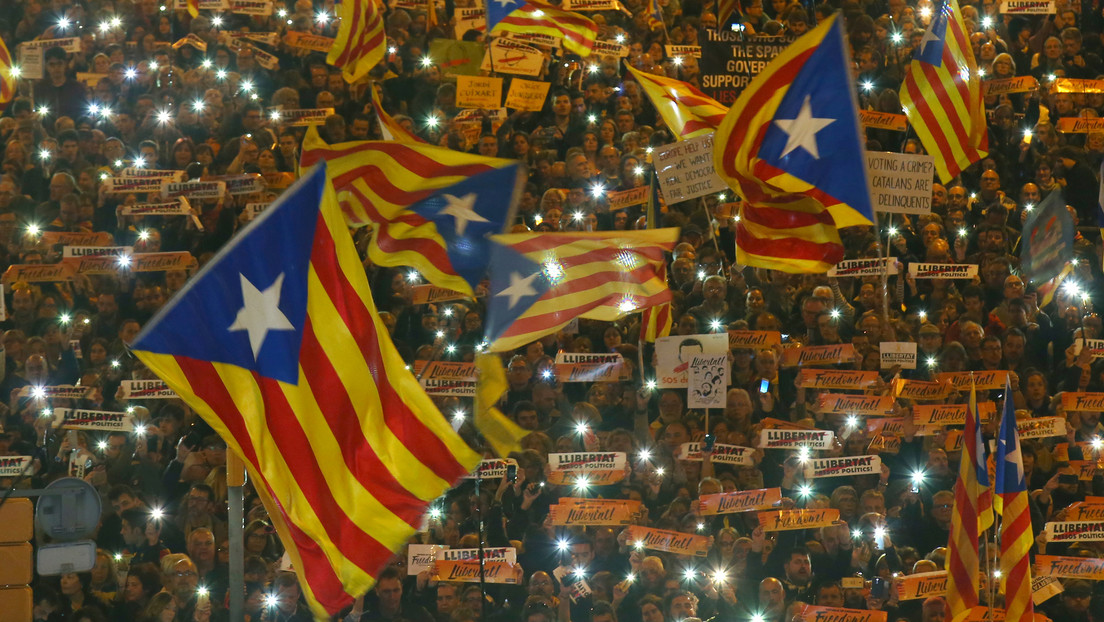 Three months after Spanish justice filed the secret case investigating the presence of alleged Russian “spies” in Catalonia a few days before the referendum on unilateral self-determination, Moscow’s alleged link with the Catalan independence movement comes to the fore .

The charges revive after the American newspaper New York Times published a report, based on an alleged European intelligence report, which focuses on the trips to Russia allegedly made by Josep Lluis Alay, adviser to former Catalan President Carles Puigdemont .

According to the newspaper, the purpose of the trips was to establish contact with the Russian intelligence services to promote the independence movement, an accusation. which they reject from Puigdemont’s office because they consider that the report on which the investigation is based is full of “lies, inconsistencies and poisoning”.

The document mentioned by the NYT assures that Alay had met not only Russian officials, but also former intelligence agents of that country and even the grandson of a KGB spy. Its aim, according to the investigation, was to provide support from Moscow so that Catalonia could separate itself from the rest of Spain.

That same Friday, from the office of the former Catalan president, they stressed that all the activities of the adviser were “perfectly legal” and only sought the resolution of the conflict, while anticipating that they could take legal action to the disclosure of private conversations “which has nothing to do with it.” to do with a crime ”.

For the Cercle de Puigdemont, this type of information is only “one more instrument of the dirty war that the Spanish State practices against Catalonia ”.

Although it is difficult to determine the veracity of the data and the reliability of the sources as this is an investigation based on secret reports, the NYT report is full of inaccuracies. Although it is reported that Alay would have traveled with the express intention of seeking support from Moscow, it is later admitted that it is not even clear that the Kremlin aided the Catalan independence movement in any way. either, “or whether he provided support.”

The report quoted by the newspaper affirms, without verifiable data, that Russia would be interested in joining the Catalan independence movement “to try to promote changes in the West by supporting divisive political movements” and maintains that Alay would have met officials involved. in a so-called “hybrid war”. “Moscow against the West” whether he knows it or not.

For the NYT, this “hybrid war” would involve a “multi-layered” strategy, ranging from propaganda, disinformation, covert funding and cyber attacks, to “contract assassinations”. Of course, without concrete evidence for these claims.

The detailed report of the American newspaper does not specify whether or not there was Moscow support for the independence movement, or if Puigdemont’s advisor was aware of the supposed destabilizing nature of his Russian interlocutors, but it assures that Alay’s travels had to do with the emergence of the Democratic Tsunami, a movement that was at the origin of the call that led to the seizure and collapse of El Prat airport in Barcelona, ​​and organized protests for the self-determination of Catalonia.

Although Alay has denied his association with Democratic tsunami, the support for this information is in a Civil Guard report. However, what is omitted in the journalistic text is that several reports of the same nature have already been rejected by the Spanish justice itself in other cases linked to Catalonia.

In May of this year, for example, we learned that the judiciary had put aside the secret investigation by which it accused Russia, for months, of interference in favor of the Catalan independence movement. The case arose as a result of a report by the General Police Information Commission, prepared with the testimony of a single informant and with the headlines of some media.

“Nothing is provided by the official channel that allows us to keep this investigation open., unless we are looking for a general cause looking for some indication that allows us to confirm the initial thesis, forgetting that in the criminal process, with all guarantees, this type of investigation is prohibited ”, alleged the Public Prosecutor’s Office to file the case.

In October last year, Alay was one of the businessmen arrested by the Civil Guard (in addition to Xavir Vendrell, David Madí and Oriol Soler), because of its alleged collaboration in the misappropriation of public funds to finance the structure set up by Puigdemont in Belgium.

“I think a lot about the Russian question,” Alay wrote to Puigdemont last August, according to the secret transcript of his text messages when he was arrested by the Civil Guard.

This Friday, from the office of the former Catalan president, they argued that these leaks are decontextualized and that on Alay’s phone there were “many other messages on political situations in other countries which are intentionally omitted, who it is a manipulation which clearly infringes the right to truthful information and rigorous ”.

The American newspaper alleges that in addition to the leaks of the European intelligence report, they corroborated the information with two Spanish officials; they interviewed politicians and independence activists; and they reviewed “the files of two confidential investigations“which include the transcript of Alay’s text messages, although they admit that these” have not given rise to accusations related to the Moscow meetings. “

On this last point, Puigdemont’s office threatened to file a complaint against the Spanish state “and in other states if necessary”, given the possibility that a crime of revealing state secrets has been perpetrated, since all the evidence indicates that the information reached some media before the case is closed“.

From Catalonia, for the moment, the message is categorical: “These trips to Moscow were not carried out on behalf of the Catalan government and were carried out without the knowledge of Father Aragonès”, declared the spokesperson Sergi. Sabrià, who pointed out that the people they are named in the NYT report “they are not even part of the president’s party”.

Disclaimer: This article is generated from the feed and is not edited by our team.