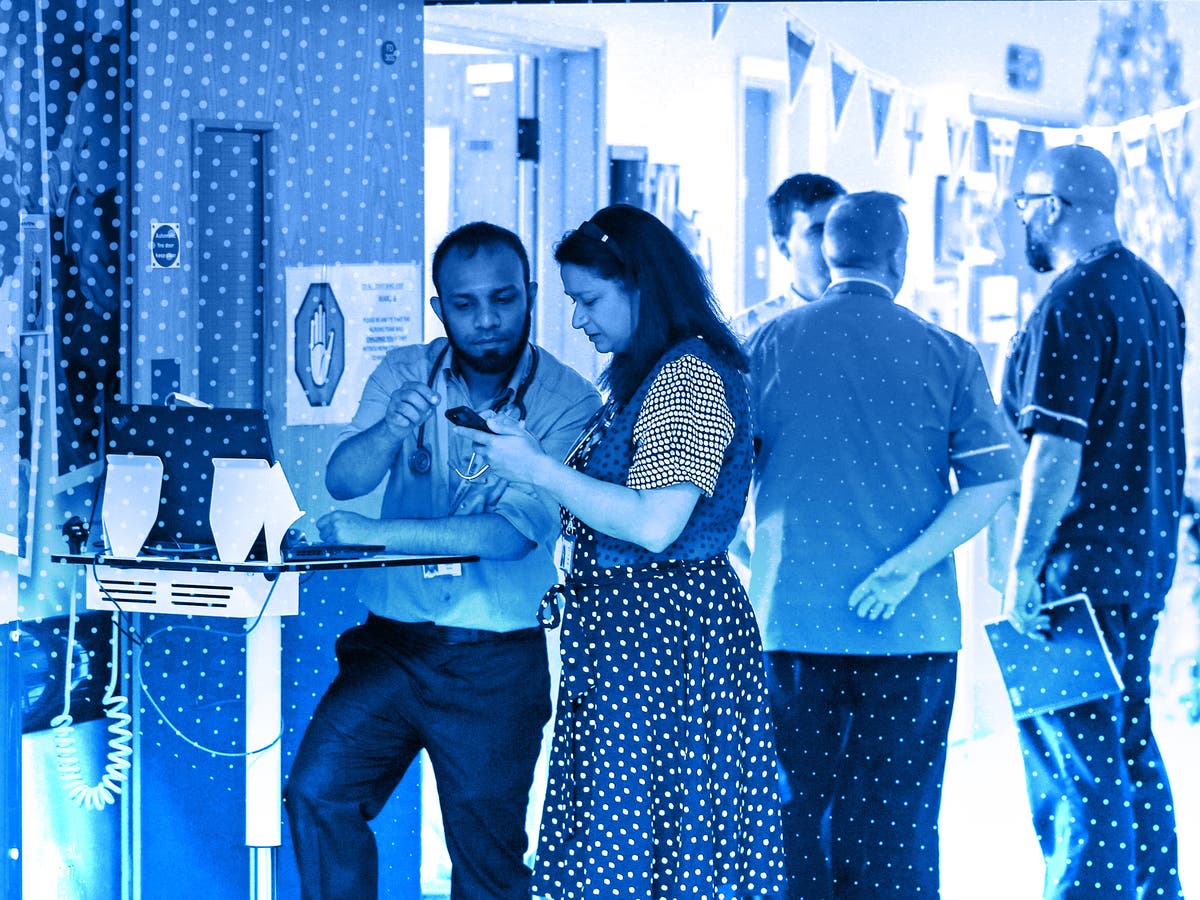 The looming NHS staff crisis could lead to the death of more sepsis patients, a major UK charity has warned.

Doctors have told the UK Sepsis Trust that staff shortages and the high number of patients to treat are two of the most common factors preventing them from following national sepsis guidelines.

UK Sepsis Trust chief executive Dr Ron Daniels warned the NHS was in a ‘fragile’ state and said labor shortages were among the ‘biggest potential causes of harm’ in the context of disease diagnosis.

Sepsis is a life-threatening reaction to an infection and occurs when the immune system overreacts and begins to damage the body’s own tissues and organs.

If you have been affected by poor sepsis care, email [email protected]

In a trust report, shared with the independent, 65 out of 100 doctors in the UK warned they had missed cases of sepsis.

The most common reason for this was understaffing as well as “high patient caseloads,” they said.

Dr Daniels warned that staff may find it increasingly difficult to detect sepsis in the coming months as the staff crisis escalates.

He said The Independent: “The NHS is in a fragile state after the pandemic… and the absence of staff is a reality within the NHS at the moment. It’s partly because staff have left, partly because that we have a high workload, but it’s also because staff are still on sick leave.

“Another problem that Covid has caused is the lack of focus of medical professionals on other conditions. It is critically important now that we retrain healthcare professionals in the UK to identify sepsis quickly and treat it with the utmost urgency.

“I believe that staffing shortages are one of the greatest potential causes of harm our public faces in the context of the development of sepsis, and we need to address this urgently.”

Dr Daniels said it was ‘inevitable’ that sepsis care and the ability to recognize it would be compromised, adding: ‘It is now compromised due to understaffing and fatigue of working staff.’

Dr Daniels, who is also a consultant in Birmingham, said people who could not afford to heat their homes or eat a good diet this winter could be particularly at risk of developing infection and sepsis.

His death prompted coroners to issue a warning to both the trust and NHS England over sepsis care.

His mother, Fiona Mason, said The Independent that after waiting hours to be seen, her son was finally admitted to A&E and given painkillers and anti-vomiting medication. But doctors then discharged him despite his high temperature, high heart rate and inability to walk.

By the time he returned to A&E, his condition had worsened significantly and he even had trouble sitting in a chair.

When he was finally seen, he was taken to the emergency resuscitation area and doctors advised that he be put in a medical coma. He never woke up and later died.

Ms Mason said: ‘If he hadn’t been sent back, if he had been dealt with immediately, it is very likely that he would have been saved.

“I am sincerely and desperately worried about what will happen in the months to come, and possibly in the years to come, unless serious advice is taken on how sepsis is viewed in the country and on how we should educate the general public, GPs, nurses and hospital doctors.

“Tim’s death came before the severe staffing shortages we are going to experience this winter and have been experiencing for two years due to Covid.

“Hospitals, doctors and GPs are still unaware of sepsis and while my trust has changed, not all trusts have changed. Cases of sepsis will be lacking.

“With the shortage of staff and therefore the rush people will be going through to diagnose potential serious cases of sepsis, I absolutely shudder to think of what will be missing in the months to come.”

Few candidates are running in the Tunisian legislative elections

University thanks Wake County voters for their generous support