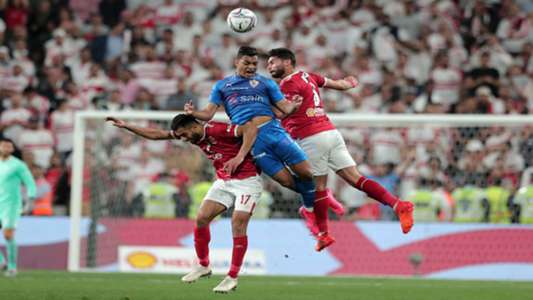 Zamalek has confirmed Mostafa Mohamed’s departure from Galatasaray after accepting a one-and-a-half-year loan offer from the Turkish club.

The Egyptian Premier League giants have revealed that the deal will last until June 2022, with Mohamed ready for his first adventure outside the shores of Africa.

Zamalek will earn $ 2 million for the loan and Galatasaray will have to pay $ 4 million if they activate the purchase clause to make the move permanent before December 31, 2021.

The Super Lig giants have won the race to sign the 23-year-old after Zamalek’s talks with Ligue 1 club Saint-Etienne failed due to a ‘misunderstanding’ between the two sides.

“The committee in charge of the management of the Zamalek club, headed by General Councilor Imad Abdel Aziz Helmy, has agreed to lend the player Mustafa Mohamed, the striker of the club’s first football team, to the Turkish team of Galatasaray for a period of one and one and a half years, from today 28 January until the end of June 2022, ” club statement read.

“This came in response to the player’s desire to turn professional and the club management were keen not to stand before their ambitions to realize the dream of European professionalism.

“The contract provides for the Zamalek club to get 2 million dollars, to be paid in cash, and in the event that the club wants to buy the player’s card permanently and the Zamalek club accepts it, the Turkish club pays 4 millions of dollars in cash, provided this item is activated by December 31, 2021.

“The club in charge of the management of the club has expressed its wish that the player be the best ambassador of club Zamalek and Egyptian football in European stadiums.”

Last season, Mohamed had a great streak of goals with 20 goals in all competitions as Zamalek won the Caf Super Cup.

He missed White Castle’s 4-1 win over Misr Lel Makasa on Thursday, but he already has two goals to his name this campaign after four league appearances.