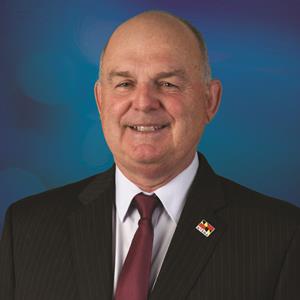 KCI Chairman of the Board, Terry Neimeyer, announces

Sparks, Md., Aug. 05, 2021 (GLOBE NEWSWIRE) – KCI Technologies Inc. Chairman of the Board, Terry F. Neimeyer, PE, F.ASCE, F.ACEC, ENV SP, BCEE, has announced his departure will retire and will step down on December 14, 2021. The KCI Board of Directors will choose its next Chairman at its December 2021 meeting.

“It has been an honor to lead this organization over the past decades. I am proud of our employee owners, the work we have accomplished and the impact our projects have had on our clients and our communities. I know this transition will be smooth thanks to the KCI Board of Directors and the current leadership we have in place. – Terry Neimeyer, Chairman of the Board

Neimeyer joined KCI in 1977 and quickly assumed leadership roles of increasing responsibility before being appointed President and Chief Operating Officer of the company in 1995. Shortly thereafter, he became Managing Director, a position he has held for almost two decades. Neimeyer has served as Chairman of the Board since 2001, and under his leadership, KCI has expanded into a national geographic footprint and has continuously climbed positions on the Engineering News-Recordof the list of the 500 best design companies, the most recently arrived at 48th place in the annual ranking. He also led KCI’s certification to an ISO 9001 quality standard, moved the company’s headquarters to a 120,000 square foot sustainable building with LEED Gold certification, and launched internal programs to train the next generation of leaders for the company. During his years of leadership, KCI’s stock value increased by 17.424%.

“Terry was instrumental in the success of KCI. He is a remarkable leader, mentor and businessman who has earned the utmost respect from those with whom and for whom he has worked. I feel privileged to have worked with and learned from him for so many years and I am confident that his contributions and leadership will have a lasting impact on our firm. – Nathan Beil, Managing Director

Recently, Neimeyer was recognized by the Maryland Society of Professional Engineers (MDSPE) and the American Society of Civil Engineers (ASCE) for his long-standing contributions to the industry. MDSPE named him Industry Icon, an award that honors someone who has had a significant impact on their community and the engineering profession, and in the fall, ASCE will award him the OPAL (Outstanding Projects and Leaders), recognizing his lifelong management achievements for outstanding management skills in his professional career.

His dedication to the industry is evident through his continued support to educational institutions and professional organizations. He has served on the advisory boards of the Johns Hopkins Whiting School of Engineering and the University of Delaware College of Engineering, has an annual student scholarship offered on his behalf at both institutions, and has been selected as Civil Engineering Alumnus of the Year. in 2000 and the Alumni Wall of Fame in 2004 with the latter. He has served as chairman of the Baltimore County and Maryland Chambers of Commerce, chairman of the American Council of Engineering Companies, chairman of XL Insurance Design Professional Risk Control Group, and served on the board of directors of the State Chamber of Commerce. United and Maryland Transportation Builders. and the Materials Association. Neimeyer is a member of the American Society of Civil Engineers and the American Council of Engineering Companies and a graduate of Leadership Maryland.

Outside of industry, Neimeyer is a visible leader whose philanthropic spirit has helped his local community. As the former president of the Maryland chapter of the Juvenile Diabetes Research Foundation, his fundraising efforts have helped find a cure for a disease that affects the lives of more than 16 million Americans. He recently served on the board of directors of United Way of Central Maryland (UWCM) and co-chaired their 2017 annual corporate campaign, helping to raise nearly $ 23 million. In 2011 he received the Community Ambassador Award from UWCM and in 2013 he chaired the organization’s Tocqueville Society. Neimeyer has served on two legislature-appointed committees in Maryland, the first a fundraising committee for the Shock Trauma system in the state, and the second a retirement security committee on preparing Marylanders for retirement.

Upon retirement, Neimeyer will retain an office as an independent contractor at the company’s headquarters in Sparks, Md., Where he will continue to advise the KCI Board of Directors as Chairman Emeritus and plans to serve as an advisor to part-time with the AEC industry.

With sales of over $ 343 million in 2020, KCI Technologies Inc. is ranked among the nation’s top 50 engineering companies by Engineering News-Record. Approximately 1,750 employee-owners support clients in more than 55 offices across the United States. KCI provides environmental, transportation, telecommunications, construction, facilities and land use planning services to government, institutional and private sector clients. For more information, visit www.kci.com.