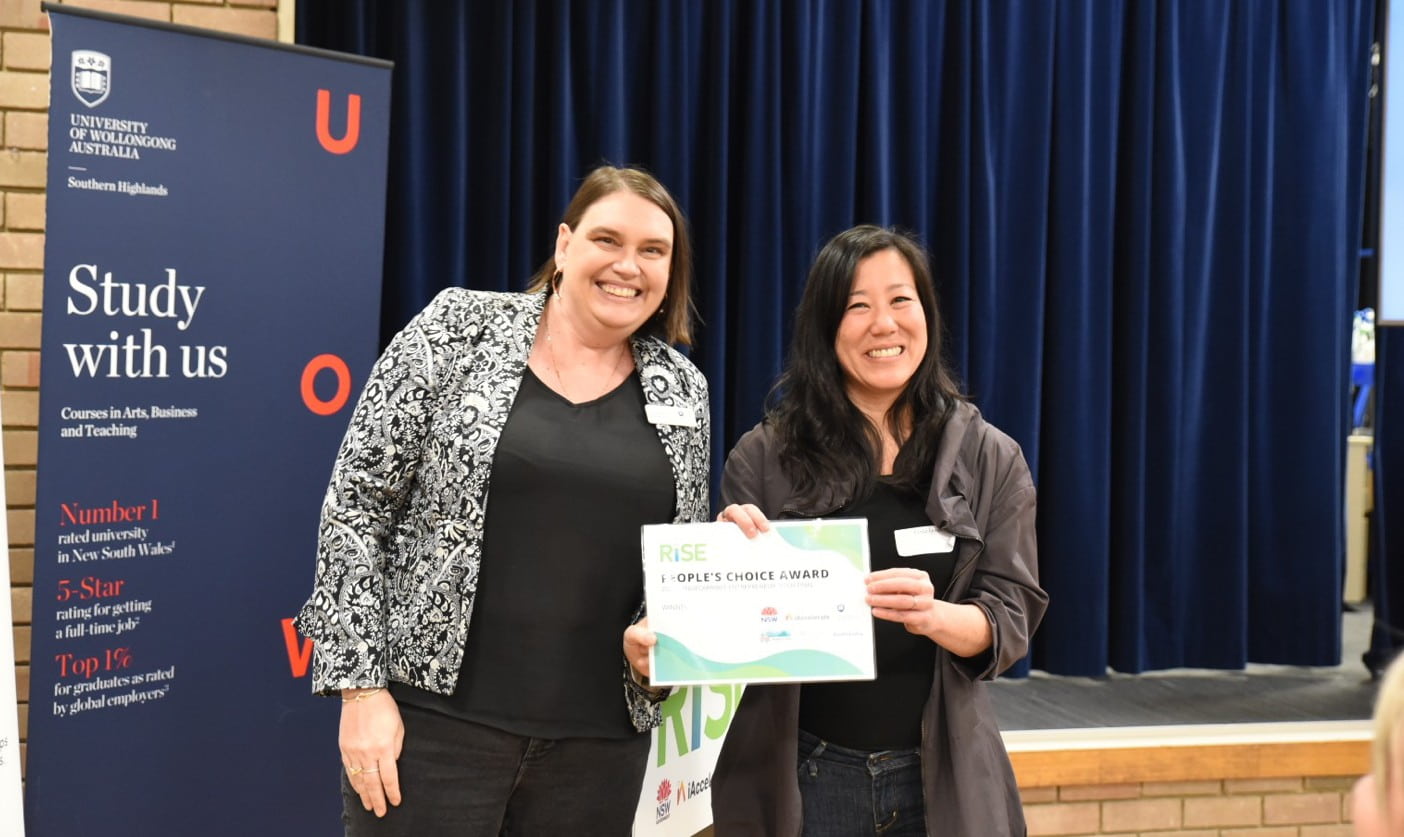 Fourteen entrepreneurs impressed a panel of judges from industry, government and education with a pitch for their business idea during the iAccelerate RISE program at the Wingecarribee Shire Civic Center Theatertte last week (Tuesday September 20).

Michael Turczynski won the jury prize in the lunchtime session with Untouch, an innovative cleaning concept using UV technology to avoid direct contact with dirty surfaces. Sue Hayward won the judges’ award in the evening session with Grand Stories, which captures the essence of your life story. Cintia Yamane Lemann, of Handcrafted Ceramics, and Paul Hemans, with his AI and robotics for schools and education, won the People’s Choice Awards in the lunchtime and evening sessions, respectively.

Each pitch was the culmination of eight weeks of learning about their business through the iAccelerate Rise program at the University of Wollongong (UOW). Entrepreneurs will also receive an invitation to showcase their businesses at an interregional innovation summit in the Bega Valley in March next year.

Chris Petersilge, iAccelerate Ecosystem Evangelist, said the final event of the Wingecarribee entrepreneurs’ pitch is the start of their business growth and development and contributes to the economic success of the region.

“The jury was impressed by both the professionalism and the caliber of each of the pitches,” Mr Petersilge said.

“Like all great pitches, they kept the judges and the audience hungry for more and proved it with the hours of conversations that continued after the event.”

Other entrepreneurs who participated in the event include:

Mr. Petersilge noted that each of the presentation businesses have been able to evolve and grow.

“This is an important part of any business and builds economic growth and jobs for Wingecarribee County.

“We acknowledge that this program has been made possible at Wingecarribee Shire through joint funding from the Commonwealth and the Government of New South Wales under the Disaster Recovery Funding Agreements.”

iAccelerate Rise is one of 195 local community projects supporting economic or social recovery, building resilience and providing ongoing community benefits to bushfire-affected communities in New South Wales to receive Phase 2 funding from the local economic recovery from the bushfires.

The program has been developed in consultation with the Wingecarribee Shire Council and reaching out to the local community.

/Public release. This material from the original organization/authors may be ad hoc in nature, edited for clarity, style and length. The views and opinions expressed are those of the author or authors. See in full here.